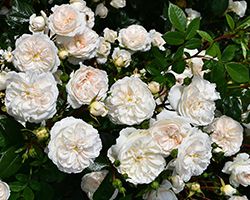 Whilst many people think of June as being the month for roses, September can actually be almost as productive. This is the time that the majority of repeat flowering varieties will produce their second flush of flowers, bringing your garden back to life with a riot of colour in late summer. Flowers produced later in the season can often be stronger and more vibrant in colour than they were in early summer as well, adding further to the enjoyment of the second flush from repeat flowering roses. This is because flowers produced in June can become slightly bleached by the intensity of the scorching mid-summer sun, whereas come September the days and nights have started to become a little cooler, therefore allowing your roses to produce their flowers with more vivid, truer colours. Although your roses will most likely produce slightly fewer flowers for the second flush than they did early in the season.

To achieve the best results, simply deadhead your roses as soon as they have finished flowering for the first time. This will encourage more blooms to be produced later in the season, usually around 6 to 8 weeks after deadheading. 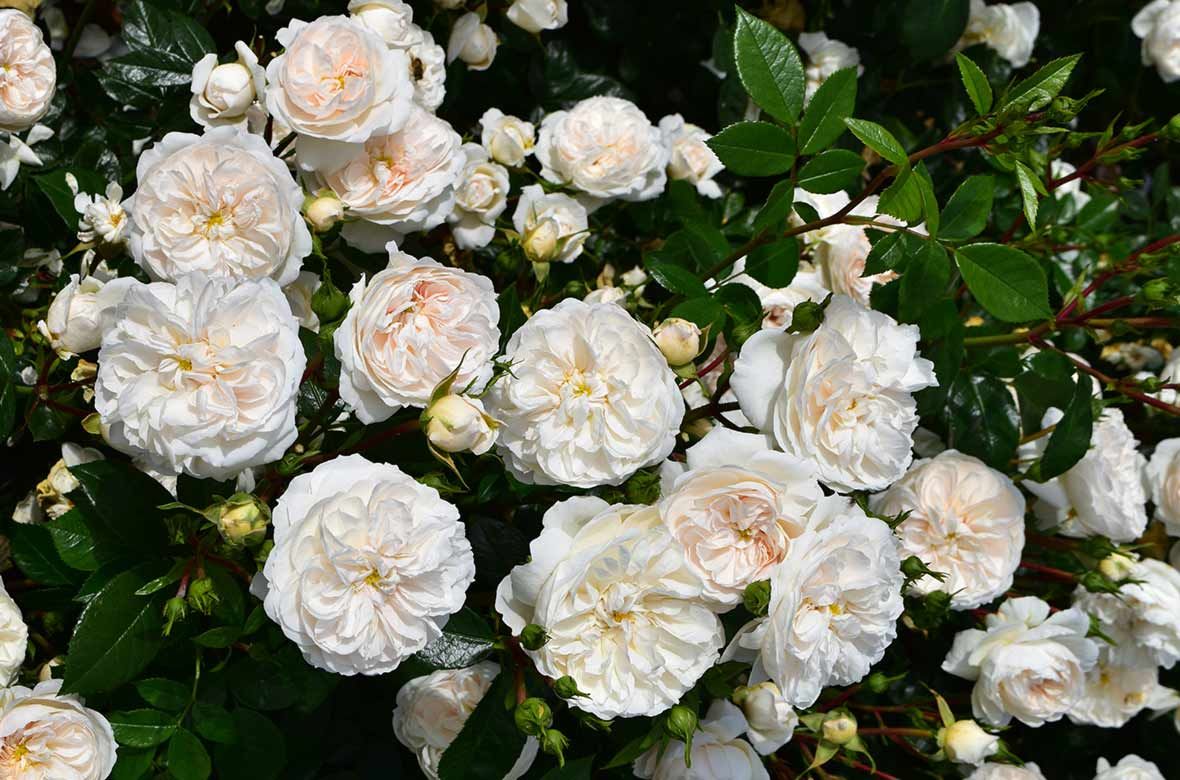 A good group of repeat flowering roses are the hybrid musks, bred by Joseph Pemberton between 1913 and 1926. This group includes some of the greatest roses of the 20thcentury and are still very widely used in our gardens to this present day. ‘Prosperity’ is an excellent example of these, with beautiful trusses of very double, creamy-white flowers and strong fragrance. Placed in the middle of a herbaceous border it stands out magnificently with its multiple flower heads and superb scent, adding good colour not only in the height of June, but also September and October. Grown against a wall most of the hybrid musk shrub roses can even be used as very good small climbing roses, reaching between 2 to 3 metres in height.

Another excellent rose that will flower almost continuously throughout the summer is ‘Macmillan Nurse’. This was bred and introduced by Amanda Beales in 1998 and has many of the attributes of the very famous Damask rose ‘Mme Hardy’ (1832). With its white quartered flowers, borne in clusters and button eye in the centre of its blooms, it has a beautiful classic, old fashioned look, whilst benefiting from the modern day characteristic of flowering more or less continuously. ‘Macmillan Nurse’ also benefits from being very disease resistant and healthy, with superb dark green, glossy foliage and being a short shrub, growing to a height of around 1 metre, it is easy to find a place for this rose within any garden. It will even be happy growing in a pot.

When growing any rose in a container, the pot should be a minimum of 30 to 35cm deep and the same across the top. Plant the rose with a soil based compost, like John Innes No3, mixed well with a bit of compost or organic matter and a good handful of bone meal or toprose. The most important thing to remember if planting roses in pots is to keep them watered every day during hot spells. To get even more flowers out of your roses use a liquid tomato feed at half strength once a week during the summer months. It is also advisable to re-pot any rose grown in a container every 3 years.

One of the best repeat flowering climbers has to be ‘Uetersen’. Bred by Kordes in 1977 this rose will climb to a height of about 4m high, producing clusters of 20 to 30 large, warm glowing pink flowers on the end of each stem. The second flush is just as good as the first one in June, which is unusual and whereas normally by September a lot of other roses have started to drop a few of their leaves, ‘Uetersen’ tends to hold onto its foliage very well. It is surprising then that this rose is not more widely available in nurseries. Complimented by a good clematis, you can create a truly magnificent display. ‘The President’, with its rich bluey-purple flowers would work very well. Like ‘Uetersen’ this clematis flowers in June and then again in September, climbs to around 3 to 4 metres high and will grow in any aspect.

Roses are very easy to grow and planted with the right companion plants it is possible to achieve stunning colour in your garden right from the first early spring flowering bulbs, all the way through to later flowering herbaceous plants like sedums, asters, chrysanthemums and dahlia’s that will continue to flower right up to the first frosts.