Preparing for the RHS Chelsea Flower Show - 1: The start of spring

It may be the start of metrological spring, but we have actually been fooling our show plants that it’s been spring for a while now. Currently we have around 2,000 roses under glass in preparation for the RHS Chelsea and Hampton Court Palace Flower Shows.

At the beginning of the year we carefully bring the roses into the glasshouses in 4 large groups. The first batch is brought in during the first few days of January (some of this batch will be used at the Hampton Court Flower Show), followed by 2 batches in February and 1 in March, depending on the weather and how the plants are reacting to it.

Over the years we have learnt that each variety reacts differently to being forced on for shows, which is why we house them at different times. The objective is to try to force all the roses to flower at exactly the right moment for the shows and for the next few months the plants require a lot of attention, adapting to the weather and their individual growing habits in a bid to juggle things just right. 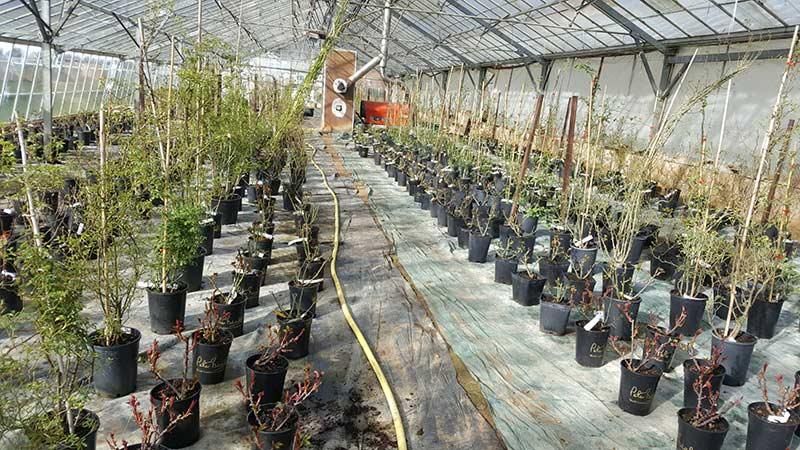