Normally by now the Roses would have returned from the RHS Chelsea flower show and if they hadn’t already had the Chelsea Chop, then they would be trimmed over the next few weeks.

“What is the Chelsea Chop?” I hear you all ask.

When we break our stand down at the end of the Chelsea Flower Show most of the shrubs and some climbers will be cut down very heavily for ease of transporting them home.

Although the big flower shows have been cancelled this year, I have still been doing something similar to invigorate the plants into new growth. This helps to form bushier and hopefully more compact shrub plants.

While we aim for more manageable shrubs, this hard prune should also encourage climbers and ramblers into producing lots of long straight stems. Some of the ramblers have already put on nearly 7 ft of new growth! 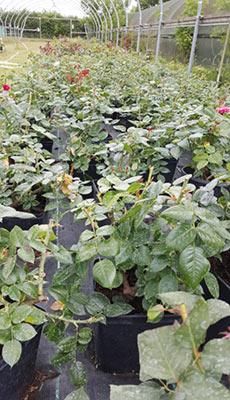 Due to lock-down the Garden Centre had lots of Dahlia tubers and trays of herbaceous plants and herbs that had become untidy. They arrived here in batches and were cut back and re-potted. With a good liquid feed they have come back into growth very quickly and some are even flowering again. Meanwhile I potted the Dahlia tubers and these have put on a lot of growth, although some produced just a single stem. I have cut the top off of these to encourage lots of side shoots and in turn flowers. 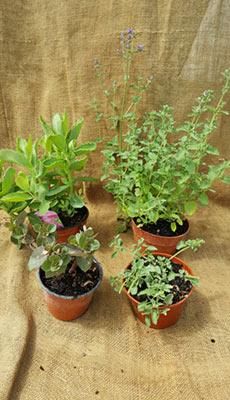 The Banksia cuttings from earlier in the year are mainly growing as long single stems, so I have cut the tips off these also to boost side shoots low down and to later produce multi-stemmed plants.

While I am in full swing with pruning and tidying up, I have even offered to trim the wife and our girl’s hair at home. Sadly I cannot write the reply here, so I had better get back to the plants before they change their minds also.