We are delighted to have received the prestigious and highly coveted award for ‘Best Rose Exhibit’ at this year’s RHS Hampton Court Palace Flower Show, as well as a Gold Medal, our third of the season.
On hearing the news, Ian Limmer Nursery Manager said, “I am so thrilled that our team have accomplished such a phenomenal success. This year has been very challenging, with June being one of the wettest on record. Therefore, to be awarded with a gold medal was fantastic news in itself, but to also be honoured with the Best Rose Exhibit as well, is the icing on the cake and is testament to the team's hard work and perseverance over the last few months.”
As well as exhibiting at the RHS Hampton Court Flower Show this year, we have also exhibited at the RHS Chelsea Flower Show and BBC Gardeners’ World Live and are proud to have been awarded with a Gold Medal at each one. During the show season we have also launched our highly received 2016 introduction ‘Sandringham’ – an exquisite, deep pink, fully double, richly scented shrub rose, named after the beautiful royal residence in Norfolk. 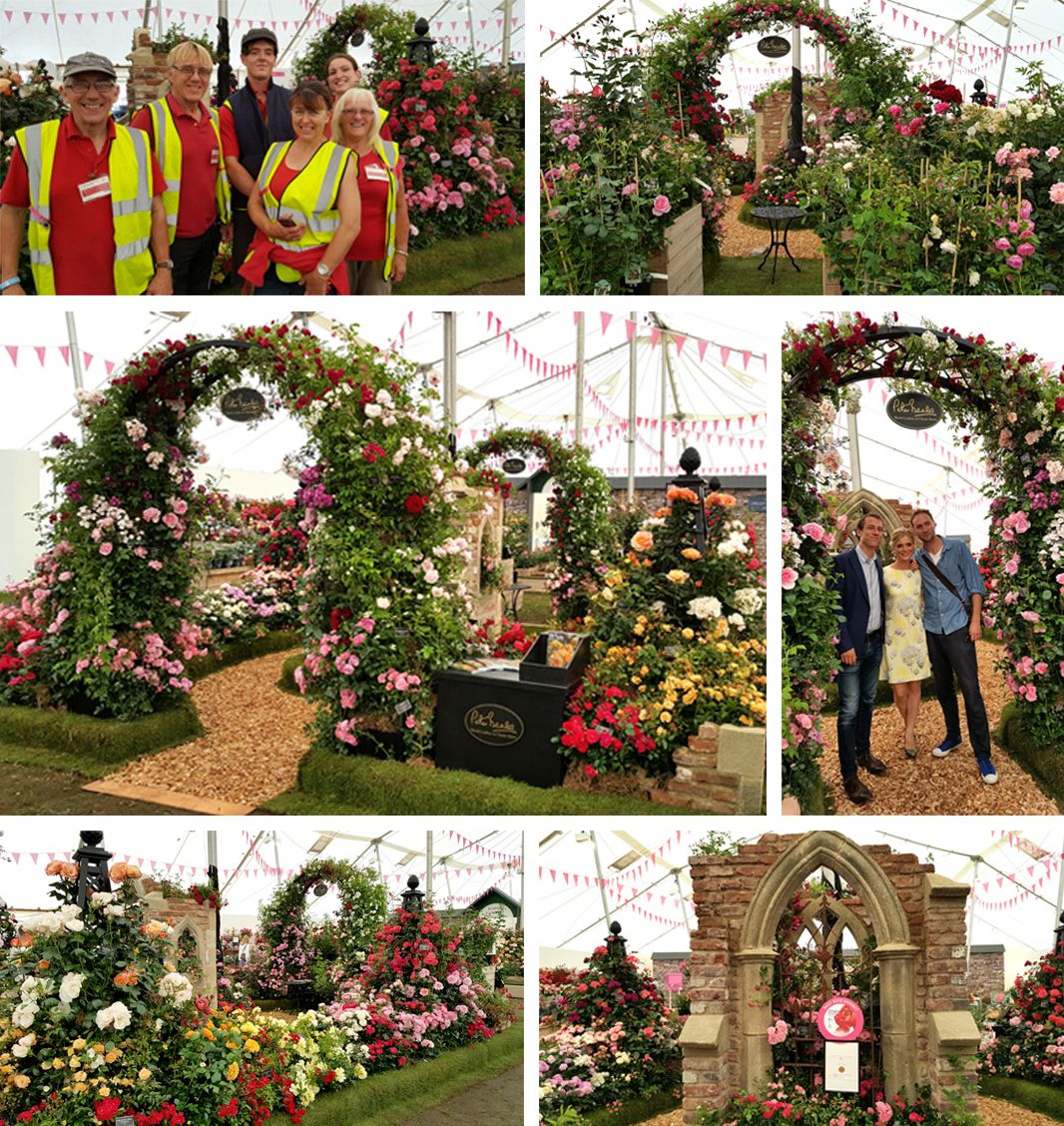